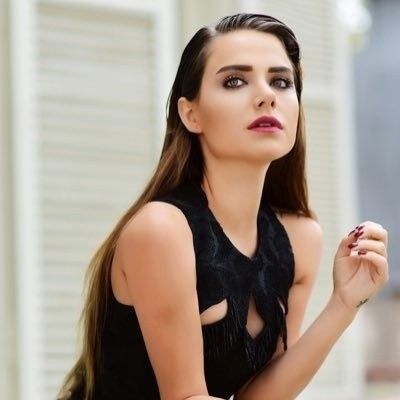 Ceyda Ateş after her high-profile affair with one of the richest heirs of Turkey Bugra Toplusoy was forced to leave for the United States. The young man’s family did not want to accept his choice and the young couple decided to leave Turkey. The sweetheart of the actress made a successful career in America, becoming the head of his own company.

Last year, the Toplusoy family finally agreed with the choice of a wayward heir and Bugra’s father personally gave his approval for this marriage. Returning to Turkey after the marriage in Miami, Ceyda stated that she was not going to leave the acting profession. Her words were not an empty promise. As it turned out, the young woman will really resume her career in Turkish show business by joining the new TV series of Star TV channel “Child”.

Ceyda wrote about her return on social networks delighting her many fans with a pleasant surprise. The first to congratulate the actress on her return was her colleague on the TV series “Adini Feriha Koydum” Hazal Kaya. Hazal and Ceyda who played irreconcilable rivals in the series remained very good friends in life and continued to communicate, despite the distance. Not surprisingly, upon returning from the States Ceyda Ateş received a very warm welcome.

Recall that after Feriha, Ceyda’s career was not very successful. Her films failed, and the series were canceled due to low ratings. It remains only to wish her good luck and hope that her new project will be a great success.